There’s a little more to the above rule from Phaladeepika that needs to be considered before taking it into our calculations. Entire longevity calculation is dependent on the three benefics – Venus, Jupiter and Mercury. However, Mercury should not be afflicted for it to be a benefic. Saturn is the natural karaka for longevity i.e. aayush karaka and hence any conjunction or aspect of benefics from Saturn is beneficial in terms of longevity.

We need to carefully study if these benefic planets are not be placed in 6, 8 and 12 for long life. If at all they are placed in 6 or 8, they should be exalted or retrograde to gain strength, because retrograde motion gives the planet “Chesta Bala” aka directional strength, one of the important strength evaluation concepts in Shadbala system.

Let’s test these concepts on an example chart. 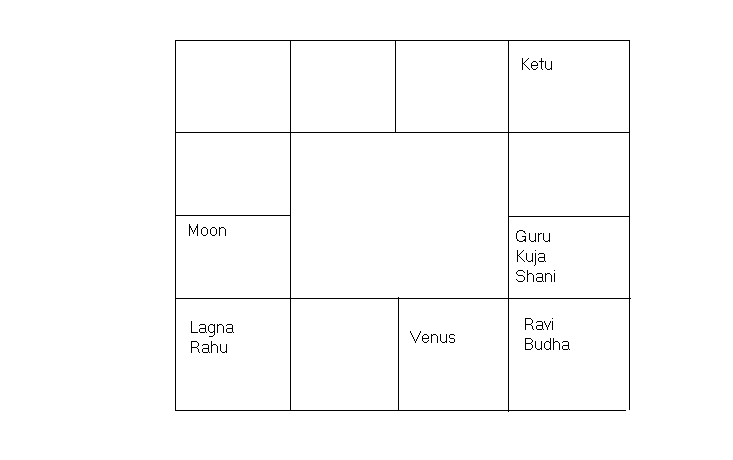 The chart is of M.Visweshwarayya who lived a long life of 101 years.

Let’s see how this fares in our Stellar astrology method.

Both the 1st and 8th house are not linked with Badhaka Mercury in anyway, and also the 8th lord of longevity is in positional status and with no planets in her stars. Thus, it gives a full long life to the native in stellar system.

Verdict: Both the Vedic and Stellar approches predict long life for this native.